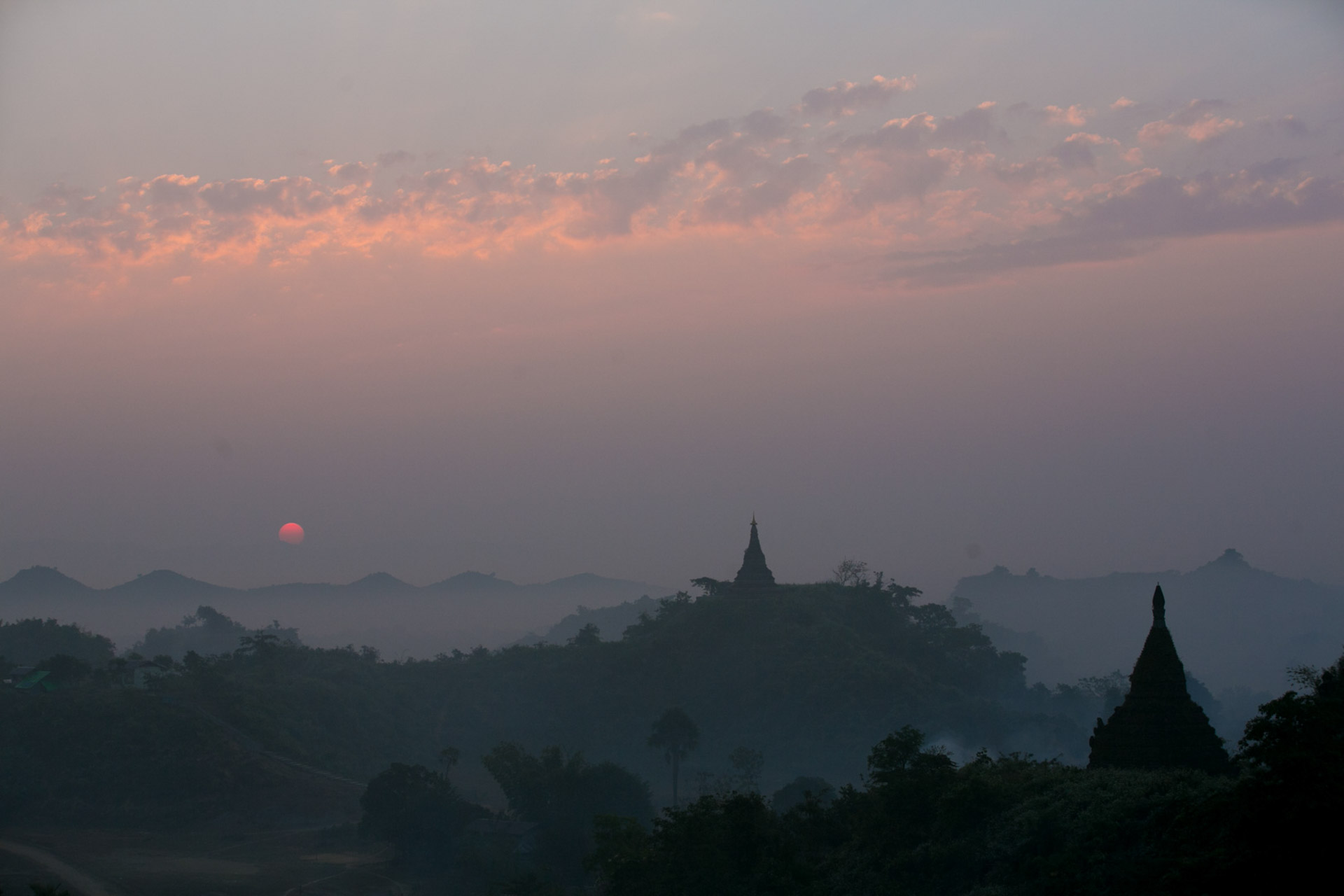 Mrauk U’s climate is cooled by its proximity to the coast during the hottest times of the year.The hotel closes for the wettest months, when rainfall makes farming and travel very difficult.

After some sho wers in September , the cool season kicks in with Mrauk U at its most delightful, green and bright with cool nights and clear mornings.

Perfectly clear skies and sunshine as the temperature rises approaching the wet season. Though a lowland region, Mrauk U is kept cooler by its position near the coast, but you’ll probably want sometime in the pool!

Our retreat is closed during the wet season, when getting around and farming can be difficult.
‘HOTEL CLOSED’

A Spirit festival with traditional Zatt Pwe performing troups, Chin Lone competitions and locals out to enjoy the festivities, and celebrating into the night.

Water festival Festival Stages are set along every streets and young people enjoy the Buddhist New Year the Rakhine way.

Communities from across the area congregate in the ancient capital to compete for their community at rowing, wrestling and other sports.